The fairytale all bachelors THINK they live in

You, my single young stallion friend –  are NOT as “free” as you want the rest of the world to think you are.

Yes, I know you can go out to clubs whenever you want and you have like a hundred names on your phone of girls you want all your buddies to believe you have on speed dial as booty calls.

Yes, I know you have like a thousand xbox games and a fridge full of beer and you and the boys have loud weekend parties at your combined furnished pad which you share with two other single friends.

Together your group is the Mount Everest of singledom. You and your man-pose have it made man. You are the modern hunters of the concrete jungle. If cool could be likened to a movie, you guys would make the Hangover series look like a Tom and Jerry rerun. Except of course the guys in the Hangover actually had careers. And money. And well kitted apartments. And they partied in exotic locations. With hookers. And they’re all actors.

I think your idea of being a single guy out on the prowl every weekend is a lie. Worst of all, it’s a lie you tell yourself and you know it. All your friends know that you’re lying to yourself but they keep quiet about it, because they find your lie rather amusing. 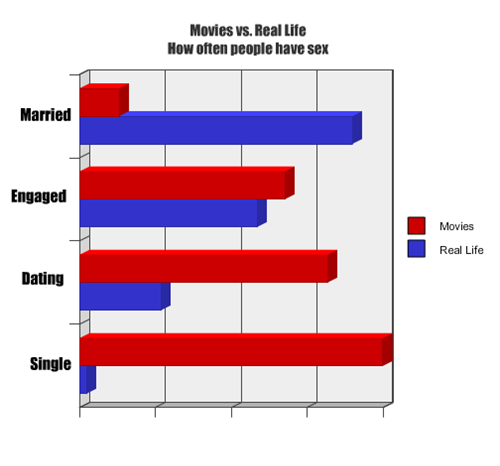 Here’s the proof to blow your mind a little:

You and your single buddies hit the club on Friday night.

You go early and make sure you have enough spending cash for drinks and whatever else you need to make it a good night. At the club, you pay an entrance fee. You walk in and head straight to the bar (scanning the area for hotties of course as you do so). At the bar you congregate with other groups of single dudes and start talking about work, and sport and hot girls.

An hour or so later, you and the group move closer to the dancefloor (not to dance – because you haven’t had nearly enough drinks for that) to have a look at some of the girls getting their groove on with their girlfriends.

You recognize one of them and she comes over for the “hello hug” before you offer to buy her a drink. She places her order and like a good boy you run over to the bar and wait in line at the now overcrowded counter. You get the drink and deliver it to said recognized hottie who is now handing out “hello hugs” to the rest of the single guys who also recognized her.

In short. You end up going home alone, a little too drunk to text the girl who gave you her number after the seventh drink you bought her in the hopes of scoring. But you didn’t score. But you have added another number to your phonebook.

She, on the other hand, had a blast with all the free drinks, the attention from at least a handful of guys, good music, great party with her girlfriends and another funny story of “omg did you see how drunk that guy was who kept buying me drinks? Shame, I gave him my domestic worker’s number because he was trying so hard – poor dude. Hahaha.”

Why being a married guy kicks ass

Instead of writing a long and complicated introduction as to why being a married dude rocks, I’ve broken it down into an easily understandable list below:

I have about a hundred more reasons that would fill up this list, but I don’t want to completely ruin the rest of your single life all in one foul sweep – afterall you have to figure out the rest of it yourself before your favourite barman resigns.

I’m going to leave you with one last thought. Being married is not a sentence, it is in many ways, the end of one.