Home / Joe on Movies / You escaped the soot

You escaped the soot 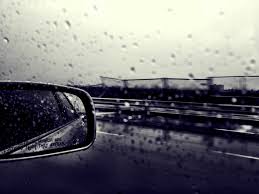 I thought I saw you the other day. It was in traffic and the cars were buzzing by. I was stopped at an intersection, isolated but not alone. As usual I was paying attention to the more mundane aspects of the city, its architecture now almost completely masked by the years of soot and tar.

Funny, I remember thinking how even the city can lose its memories.

The light indicated “go” to the lane of cars on my right and that’s when it happened. A blur past my window urged me to turn and look. It was only a brief glimpse.

But I saw you.

My memories saw you.

There was a vagrant crossing the road at that very moment and he paused. Starring at me, the amazed look on his face taunted me to turn and follow. “Just to make sure,” he’s eyes said.

Without certainty this moment would become stuck in the soot against those buildings like many other things good that surely came from this intersection. I would not see you dimmed.

So I gave chase.

We passed another two intersections and I could almost see you ahead. You had made the crossing before me and fear saw you become a fingernail in the distance.

Fate fled across the cosmos and the young drifter followed.

Like so many memories of us, you were fast hemorrhaging into the happy abyss my subconscious kept so well guarded.

There must be a picture of you in there.

Again we were ushered along by the working class current as the lights turned green. Weaving my way through the flock I recalled as much of you as my mind allowed.

Or conjured. For most of you has become an idea to replace or justify my current space. I caught up to you a few blocks on. And as we all came to a standstill I crawled up alongside your car. Fear overwhelmed me as I inched forward. The passenger side window was slightly ajar. By some macabre twist the light reflected enough for me to see nothing but a silhouette. The light changed once again and as you pulled away I whispered your name.

The shadow inside the car shrugged and turned. You rounded the corner and disappeared but I know you heard me.

I never did see you again after that day. But the buildings smiled with me that morning and the homeless man too.

You had escaped the soot.